Honorary Mention, Next Idea Competition at Prix Ars Electronica 2005
Mention on we-make-money-not-art
Mention on The Hive
Appearance in Seamless, 2005

ætherspace is a computational garment that uses transducers of electro-magnetic waves to turn “Hertzian space” into sonic waves, giving the wearer a better understanding of the electronically-embodied world. What is the sound of the imperceptible becoming perceptible?

ætherspace has been discussed in the following places: 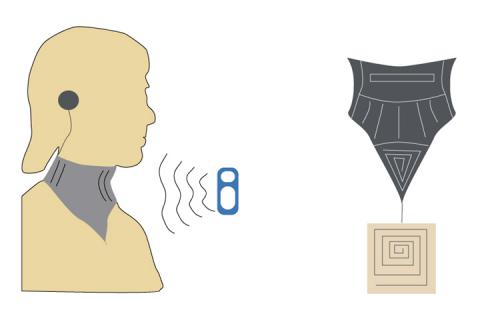